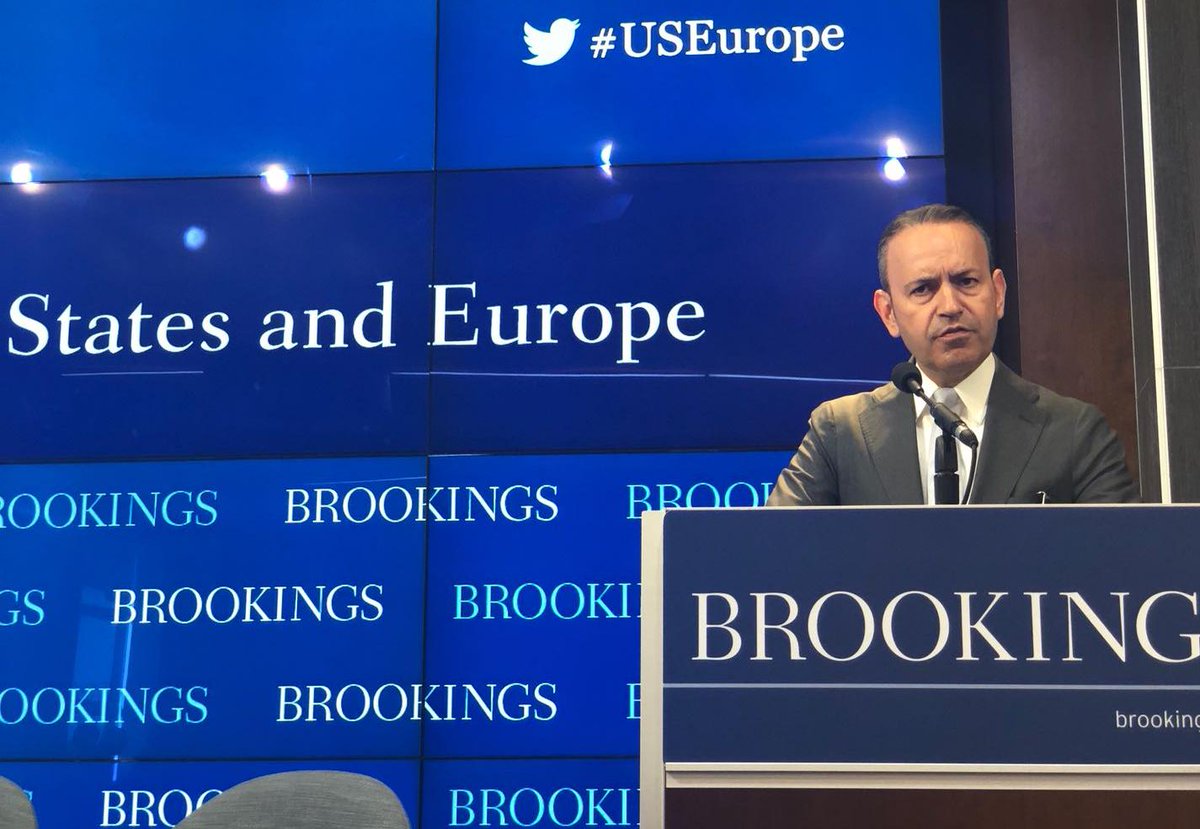 In his speech, Kaleağası said that “Transatlantic values have been the relatively successful syntheses of democracy, welfare and development under the umbrella of multilateral liberal world order, which is now challenged both politically and economically. And the challenges in Turkey are mostly not different from the problems of Euro-transatlantic world. There is no sustainable economic development without progress in democracy and fundamental rights and rule of law.”

In his remarks, Kaleağası also spoke about the U.S. – Turkey relationship. He emphasized the importance of maintaining a historical perspective despite recent problems, stating that“It has been over 90 years since diplomatic relations were established between the United States and the modern Republic of Turkey. This relationship has endured dramatic ups and downs, but has always recovered. That is because a strong partnership serves the national interests of Turkey and the United States, and strengthens the larger transatlantic alliance.”

Following Kaleağası’s introduction panelists examined recent developments in Europe and trans-Atlantic relations, including the outcomes of Trump’s trip to Brussels, London, and Helsinki. Brookings Stephen & Barbara Friedman Senior Fellow Robert Kagan, non-resident senior fellow Angela Stent, director of the Center for the US and Europe Thomas Wright, and TÜSİAD Senior Fellow and Turkey Project Director Kemal Kirişci participated in the discussion which was moderated by Susan Glasser of the New Yorker.