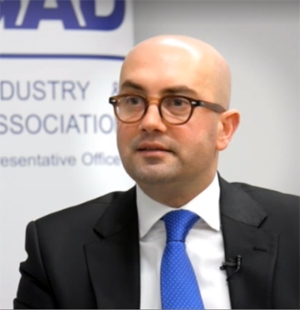 Baris Ornarli was appointed Washington Representative of the Turkish Industry and Business Association (TÜSİAD) in September 2012.

Mr. Ornarli’s professional experience has focused on bilateral relations between Turkey and the United States. Prior to being appointed to his current position, Mr. Ornarli worked as a correspondent for the Turkish Service of the Voice of America (VOA). He was the anchor of a television news and public policy program broadcast live from studios in Washington, D.C. to audiences nation-wide in Turkey. Mr. Ornarli also worked as a researcher for the Turkey Project at the Center for Strategic and International Studies (CSIS) in Washington, D.C., where he conducted in-depth research and analysis on U.S.-Turkey relations.

Alden Woods conducted research on Turkish politics, foreign policy, and economic development with a research grant from American University’s Peace and Violence Research Lab. Most recently, she was a research assistant at the Koç University Summer Research Program. She is a recipient of the Critical Language Scholarship in Turkey and the Kennedy-Lugar YES Abroad Scholarship for study in Denizli, Turkey. She received her B.A. in International Studies (2018) from American University.