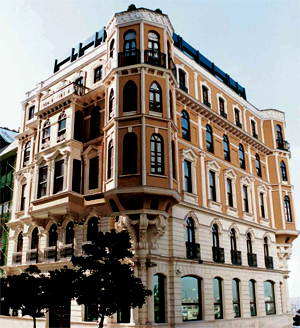 Headquartered in Istanbul the Turkish Industry and Business Association (TÜSİAD) is a civil society organization established by industrialists and businessmen in 1971 in order to represent the business world. TÜSİAD aims to contribute to the formation and development of a social order based on the adoption of the universal principles of human rights, freedom of thought, belief, and action, a secular state of law, as well as the concepts of participatory democracy, a liberal economy, the rules and regulations of a competitive market economy and environmental sustainability.

TÜSİAD’s positions are formed through the work of 8 committees and 1 platform chaired by members of the TÜSİAD Board of Directors, 33 working groups under the umbrella of these committees, and special purpose ad-hoc “task force” groups, all of which meet regularly.