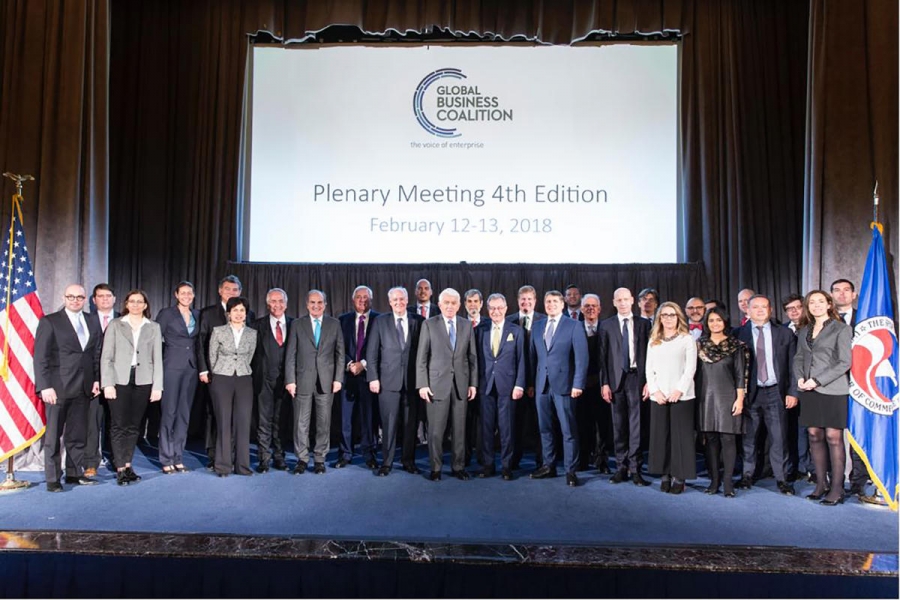 The B20 Coalition, which TÜSİAD had been a founding member of since 2012, decided in November 2016 to continue its operations under the name of the Global Business Coalition (GBC).

The GBC brings together business organizations from the world’s most important economies, while continuing its activities as an important platform to represent 6.8 million companies and to connect decision makers with the business world on a national and international scale.

In the meeting GBC members discussed the following subjects:

The meeting also provided an opportunity to meet representatives from the U.S. government and to discuss U.S. policy on important global issues. The TÜSİAD delegation met with United States Secretary of the Treasury Steven Mnuchin as part of the GBC program.

TÜSİAD President Erol Bilecik spoke during the Plenary Meeting on the current state of the Turkish economy and the 4th Industrial Revolution as well as on other topics. Bilecik said:

“The Turkish economy has great potential if structural reforms that ensure macroeconomic stability and improve productivity are implemented. Besides securing democratic rights and freedoms, a rules-based market economy, the rule of law, and legal predictability are crucial for the sustainability of the economy as well as for foreign capital inflows and investments. A more flexible labor market, a better, clearer tax code and a greater push for digitalization would greatly contribute to the Turkish economy’s potential growth.

The European Union is the leading democratic soft power and economic partner for Turkey, which we believe is a part of the EU’s system of values. We look to our European and transatlantic partners in supporting our vision for Turkey’s success.”

During the trip to Washington, the TÜSİAD delegation also met with representatives from the U.S. State Department and from the American business world. Bilecik and the TÜSİAD delegation also exchanged views on U.S. – Turkey relations with representatives from think tanks, including John R. Allen, President of the Brookings Institution.

About the Global Business Coalition:

The Global Business Coalition brings together leading independent business associations from the major world economies and advocates on behalf of more than 6.8 million small, medium and large companies.

Established in 2012, the Global Business Coalition (formerly known as the B20 Coalition), operates as a worldwide platform of exchanges between national business communities, and aims at building consensus and developing common positions on issues critical for enterprises.