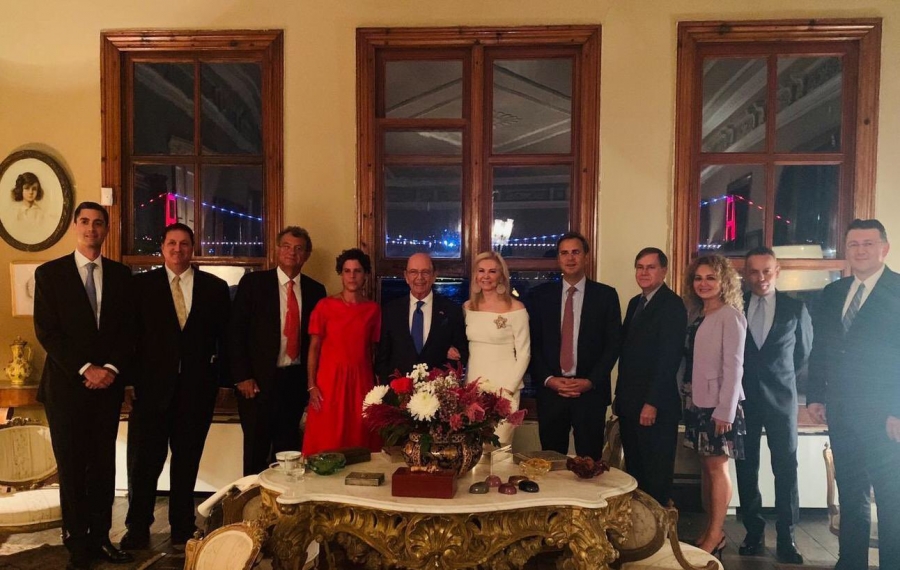 On September 7, 2019, TUSIAD President Simone Kaslowski hosted a dinner for United States Secretary of Commerce Wilbur Ross. The attendees, which included several members of the TUSIAD Board of Directors, discussed the development of U.S.-Turkey economic relations during the evening.

Secretary Ross was in Istanbul as a part of his visit to Turkey to promote strengthened commercial relations with the United States. During the trip, Ross met with leaders from the Turkish business community to discuss strategies for increasing bilateral trade between Turkey and the United States.