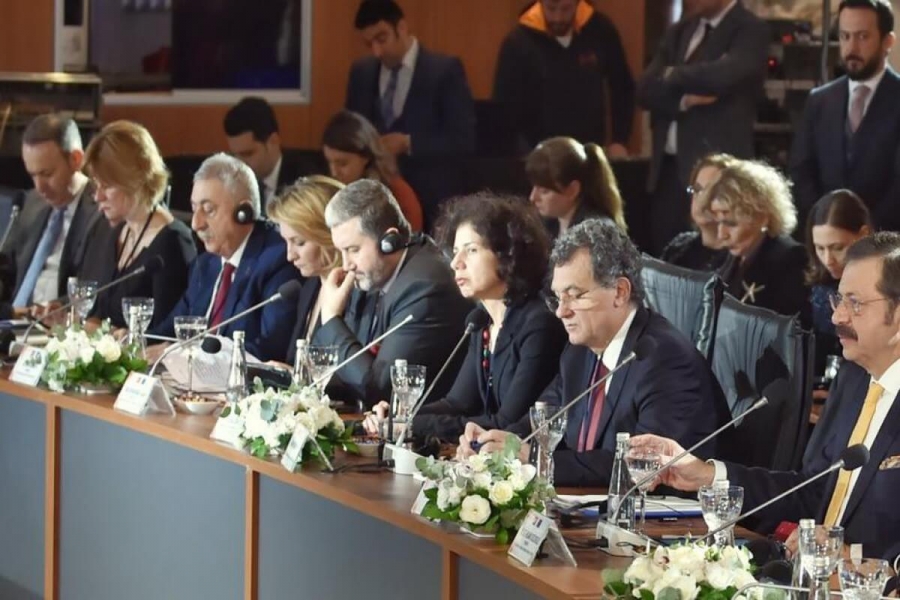 “TÜSİAD has been a staunch vocal advocate of Turkey’s progress towards an ever better functioning rules-based market economy, rule of law and robust democracy. We have been actively supporting Turkey’s Accession Partnership with the EU as the main catalyst of this equation.

Today, together with Europe, we are facing new challenges in our journey through the 21st century. In the face of a new phase of globalization driven by the Fourth Industrial Revolution and digitalization, we renew our call to strengthen European integration: for a stronger, safer, wealthier, fairer and healthier Europe with an extended sphere of influence around the globe.

European companies, both from the EU and Turkey, have a clear priority as far as the near future of the EU-Turkey relationship is concerned: the modernization of the Customs Union while carefully preserving Turkey’s EU integration process. We note at this point that the EU is slowly evolving towards a hopefully better functioning “differentiated integration”system. New enlargements are likely to occur within the flexibility of a reformed EU order based on concentric circles.

Meanwhile, as a BusinessEurope member, TÜSİAD is part of the work to make Europe more competitive globally. In this respect, we all agree that the modernization of the Customs Union presents a win-win formula: The Customs Union has so far increased trade and the quality of products, resulting in the creation of jobs in the EU and Turkey. However, since 1996, from the establishment of the WTO and China’s entry into the global economy to digital transformation and the Fourth Industrial Revolution, many changes have occurred. The outdated EU-Turkey Customs Union must be adapted to fit new global realities.

The Customs Union is also weakened by the lack of a conflict resolution mechanism and the frozen accession process that was supposed to correct asymmetries in decision-making. Therefore, its modernization is necessary to promote the interests and shared values of all sides.

Digital technologies have created a new world where data is a product in itself. Data is also an enabler to improve international trade transactions that rely on the free movement of data across borders using interoperable systems. The start of negotiations on e-commerce within the WTO and the acceleration of the policy process for the European Digital Single Market should also be the guide for updating the EU-Turkey Customs Union.

Last but not the least, this modernization implies the inclusion of services, agriculture and public procurement. In the current international context of rising protectionism and trade wars, all these areas present significant opportunities for European companies. It would also promote Turkey’s integration to European energy and the digital single market.

Customs Union modernization, which will trigger positive economic convergence, should not be the victim of short-term political calculations.

Keeping Turkey away from the EU’s sphere of influence is detrimental, and a transactional relationship model will risk our future relations. In this respect, the calls for suspension of the accession negotiations with Turkey by the European Parliament or any other political actor are counter-productive and historically dangerous.

Our challenges are common. Our solutions should also be common and coordinated.

The main task for EU and Turkey policymakers is to maintain the accession framework as the most comprehensive tool for any kind of partnership and to unblock the launch of the process of the Customs Union’s modernization without pre-conditions. This wise move will also be an efficient instrument of positive change in Turkey’s compliance with European criteria, serving the values and interests of the citizens of Turkey and the EU.”