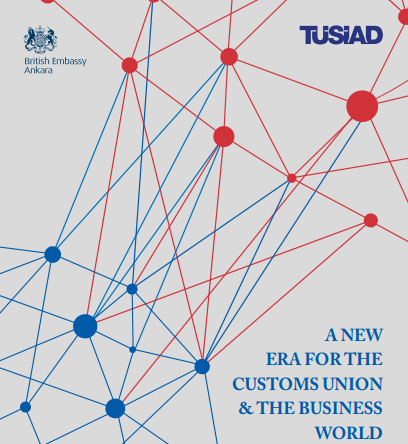 The report was presented on Tuesday, October 20, 2015 in Istanbul. The President of the Board of Directors of TÜSİAD Cansen Başaran-Symes and United Kingdom Consul General in Istanbul Leigh Turner delivered opening remarks. In her speech, President Başaran-Symes emphasized that “TTIP must be designed with an ‘open architecture’ structure, which could include third countries after the US and EU reach an agreement.” Outlining Turkey’s common values with the EU and the transatlantic community, she continued, “Turkey’s EU membership process is not just about technical criteria and economics but also about reaching the best partnership possible on questions of democratic political values. Turkey’s inclusion in the EU is a process of integration with the transatlantic world’s liberal values.”

The authors, Istanbul Economics Consultancy Founding Partner Sinan Ülgen and Istanbul Economics Consultancy Senior Advisor Pelin Yenigün-Dilek presented the report, which was followed by a panel discussion on “EU-Turkey and a Deeper Customs Union: Towards More Advanced Integration in the Context of Full Membership.” The report was funded by the United Kingdom Foreign and Commonwealth Office – Prosperity Fund.

The Executive Summary in English can be found here.

Full text of the report in Turkish: “A New Era for the Customs Union and the Business World”