TÜSİAD President of the Board of Directors 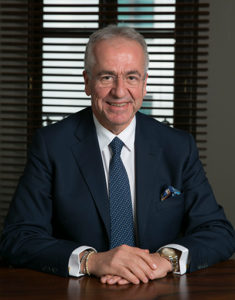 Chairman of the Board of Directors, TÜSİAD
CEO and President, Index Group

Erol Bilecik was born in Antakya, Hatay. In 1980 he moved to Istanbul to study computer engineering at Istanbul Technical University.

After graduation, he worked as a system analyst before founding Index Computer in 1989. He has been the CEO and Chairman of the Board of Directors at Index Group Companies – Index Computer, Despec, Datagate, Neteks, Homend, and Teklos-Index Group, which distribute products from over 200 global technology companies in Turkey. Since the 1990s Index Group has worked with major international companies like IBM, 3M, Apple, HP, and Siemens.

Mr. Bilecik was awarded the Outstanding Service and Honor Award by Turkey’s Grand National Assembly in July 2010 for his philanthropy and commitment to education.

Within TÜSİAD, Mr. Bilecik has led the social development roundtable and working groups on information technology and telecommunication. He became the President of the Board of Directors of TÜSİAD in January 2017.