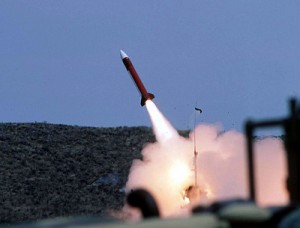 ANTAKYA, Turkey — As U.S. troops arrive in Turkey and prepare to man Patriot antimissile batteries along the Syrian border, some of the people who will be under such protection say that the extra line of defense is not needed and that the presence of foreign forces could pull their country into the war next door.

About 400 U.S. troops are being airlifted from Oklahoma to Incirlik Air Base in southern Turkey. The first wave of troops and supplies arrived Friday, with more scheduled to come in the following days, according to the U.S. European Command.

Eventually, the troops will man two Patriot batteries in Gaziantep, a Turkish town about 30 miles from the border. Germany and the Netherlands also will supply two batteries each, to be stationed in other towns along the border.

The batteries are designed to spot and intercept incoming missiles. Once in place this month, all six will operate under NATO command. The mission is “defensive only” and aims to deter threats to Turkey and de-escalate the fighting along the border, NATO spokeswoman Oana Lungescu said last month. It is not known how long the batteries will remain.

This is an excerpt from January 7 Washington Post article “U.S. troops arrive in Turkey to help protect border with Syria, prompting some skepticism”. Read the full article