The Turkish Industry and Business Association (TÜSİAD) is deeply saddened by the untimely passing of Mustafa V. Koç, President of the Board of Directors of Koç Holding. 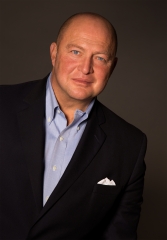 We have lost a cherished friend who has contributed extraordinarily to the economic and social development of Turkey and Turkish civil society.

TÜSİAD Honorary Chairman Mustafa V. Koç was President of the High Advisory Council (2005-2010) and served as Chairman of the Board of Directors of TUSIAD U.S.  Through his business acumen and intellectual curiosity Mustafa Koç successfully led Koç Holding and greatly contributed to the work of TÜSİAD for many years.

We remain grateful for his contributions to the Turkish economy, the support he provided for the development of Turkey’s private sector, his commitment to universal democratic principles, and his tireless work for social progress. We will miss Mustafa V. Koç, an exemplary leader.