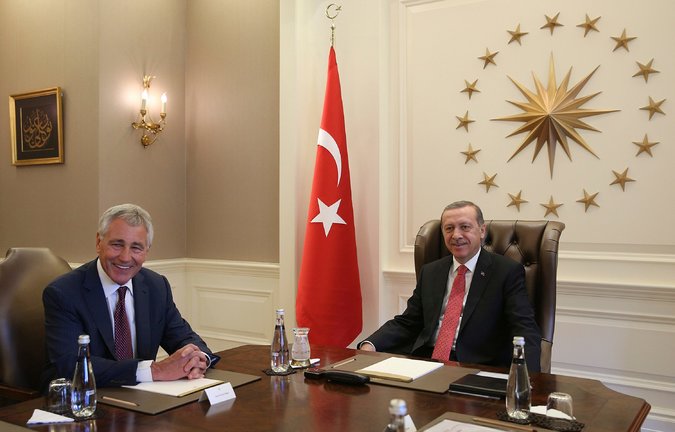 The Obama administration on Monday began the work of trying to determine exactly what roles the members of its fledgling coalition of countries to fight the Islamic State in Iraq and Syria will play, with Defense Secretary Chuck Hagel huddled with the leaders of the one country the administration has called “absolutely indispensable” to the fight: Turkey.